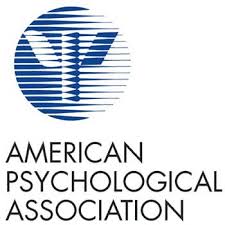 The American Psychological Association President, Jessica Henderson Daniel, Ph.D., recently released a statement in the wake of the Florida High School shooting in mid-February. Dr. Daniel notes: “Framing the problem in terms of mental illness does not direct us to appropriate solutions.”

The Mary A. Rackham Institute (MARI) supports the statement released by the APA — both addressing the stigmatization of mental illness, as well as the support that mental health care providers can offer in times of personal and national distress.

Dr. Daniel goes on to say:

“…. In this time of shock and grief, psychology and psychologists can offer those in distress the comfort, guidance and counseling they need to maintain resilience in the midst of such profound sorrow.

“While law enforcement is still piecing together the shooter’s motives, some public figures and news reports are focusing on his mental health. It is important to remember that only a very small percentage of violent acts are committed by people who are diagnosed with, or in treatment for, mental illness. Framing the conversation about gun violence in the context of mental illness does a disservice to the victims of violence and unfairly stigmatizes the many others with mental illness…”

For people who are suffering distress or just wanting to better understand gun violence, the APA offers a variety of resources on its website, including:

The American Psychological Association, in Washington, D.C., is the largest scientific and professional organization representing psychology in the United States. APA’s membership includes nearly 115,700 researchers, educators, clinicians, consultants and students. Through its divisions in 54 subfields of psychology and affiliations with 60 state, territorial and Canadian provincial associations, APA works to advance the creation, communication and application of psychological knowledge to benefit society and improve people’s lives.