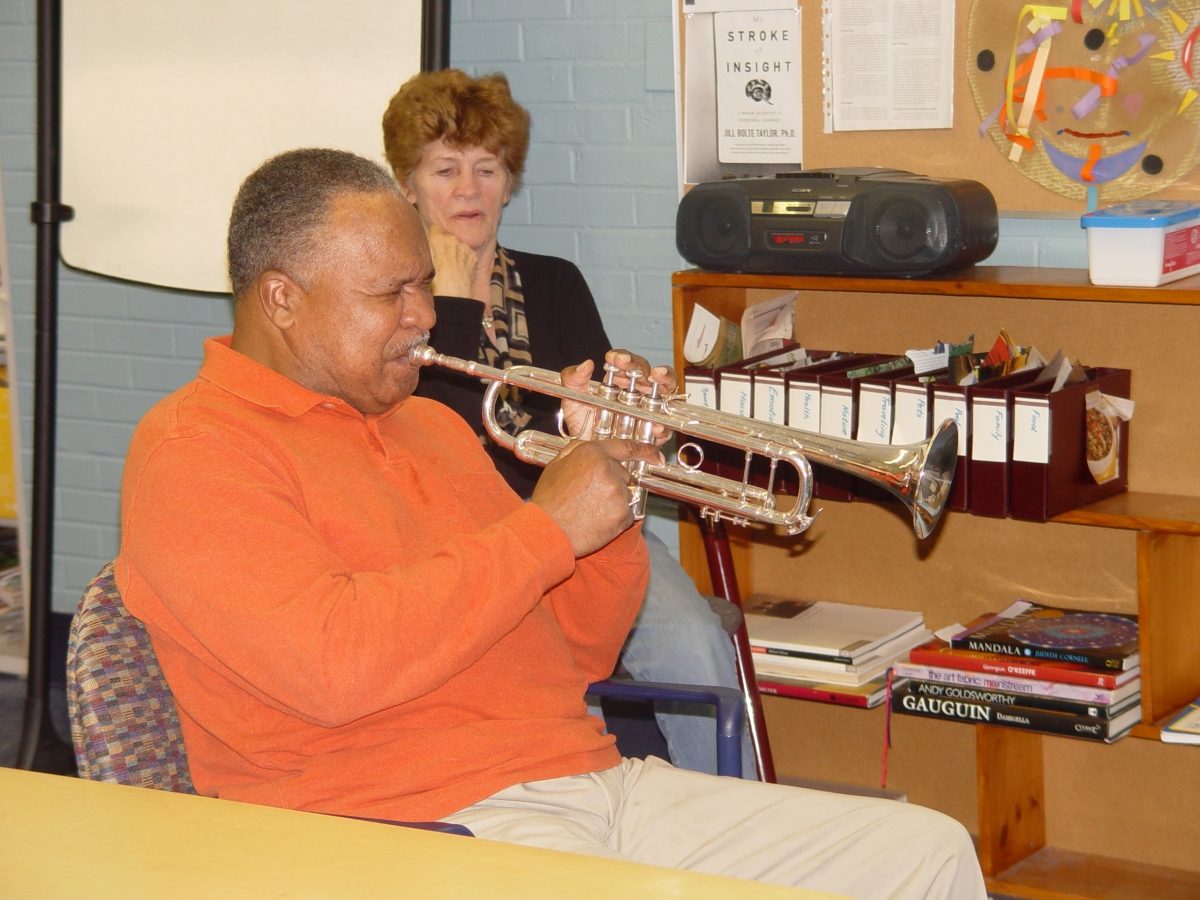 “Nearly 200 people jumped to their feet…I was so proud.” – Dr. Krainen

Louis Smith is a world-renowned jazz trumpeter. Smith has played internationally with many famous groups and individuals in the jazz music community, including Miles Davis, Count Basie, and Thad Jones. In 2005, Smith suffered a stroke. After his doctors gave a disheartening prognosis, and advised that he be placed in extended long-term care, his wife Lulu refused to give up and sought intensive therapy for him.

Smith worked with many of UMAP’s senior speech-language pathologists, including Dr. Gordon Krainen and immediate efforts were made to rehabilitate Smith. Despite therapy and hard work, Smith still remained significantly communicatively impaired, until the concept of music was introduced into his therapy. “He lit up when music was involved,” Krainen explained. “We worked closely with his music therapist [Lynn Chenoweth] and she worked to support our efforts.” Over time Smith’s confidence grew and despite not having use of his right hand, he eventually picked up his trumpet and learned how to play with his left hand. Chenoweth continues to work with Smith weekly on his music and language skills.

Smith’s progress is a unique story and was included in the 2013 American Speech and Hearing Association (ASHA) conference in Chicago. UMAP’s Krainen and music therapist, Lynn Chenoweth, both presented their experiences of working with Smith. They were accompanied by a neurologist to discuss recent studies demonstrating how jazz music activates and uses the same part of the brain, Broca’s area, which is involved in aphasia and manages speech. At the end of the presentation, Smith, accompanied by Krainen, played three jazz tunes for the entire conference. “Nearly 200 people jumped to their feet in applause, half appeared to be crying. I think I was,” Krainen stated. “I was so proud of Louis.”

Life could have taken a very different turn for Smith had he and his wife followed his previous doctor’s suggestion. “To think that this creative and talented man would have been confined to a nursing center and not had the chance to do this would have been a crime.” Krainen explained. “My experience from all this is that we should take the negative prognostications of professionals and insurance companies with a grain of salt.”