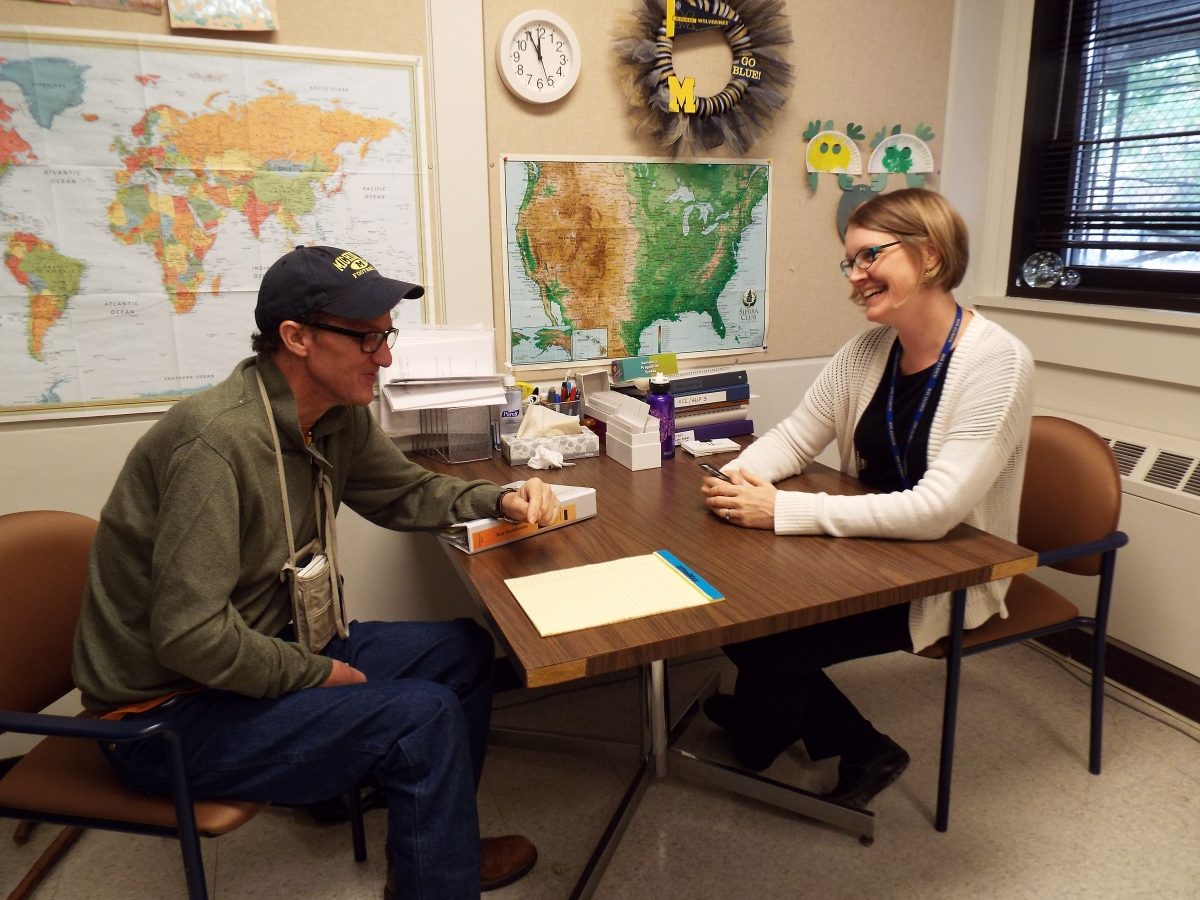 A Businessman’s Experience with Aphasia

Ken Huddleston is an incredibly successful petroleum engineer whose work often takes him to the Caribbean islands of Trinidad and Tobago. During a trip to Trinidad in December of 2008, Ken experienced a stroke and was found unconscious by someone working on the house where he was staying. Because no one knew how long Ken had been unconscious and the medicine needed was not available locally, Ken was flown to Tampa, Florida for medical care. In the plane, Ken’s stroke progressed from ischemic (caused by a clot) to hemorrhagic–meaning his brain began to bleed.

He remained in Florida for a month in the Intensive Care Unit, and then was moved to a rehabilitation hospital in Dallas, Texas. His stroke resulted in both physical issues and aphasia. In Dallas, Ken received comprehensive therapy for 10 months and then was able to return home to Wichita Falls, Texas to continue outpatient speech therapy. Since Ken worked for himself, he went back to work immediately after returning home.  Ken’s wife, Lysle, and his coworkers learned to work with his aphasia, letting him say one or two words and then speaking for him.

Lysle shared, “The way aphasia presents itself, people don’t know where the intelligence is. It’s still there. It’s just harder expressing it. The things Ken knew before his stroke, he knows now.”

Making the Connection at UMAP

“From the minute we got here, we’ve been nothing but impressed,” Lysle said.

In the past, with a group of therapists, Ken would typically make a strong connection with on or two therapist, but at UMAP  he has made a connection with every therapist he’s had, according to Lysle. “I think it really gives him the will to keep trying,”  she said.

“The biggest thing we have gotten from this program is the drive to keep going,” she commented. Since coming to UMAP, Lysle says both she and Ken have become determined to be less complacent and work towards Ken’s improvement.

Lysle and Ken have not only gained an education on aphasia, but also have had a chance to connect with other people affected by aphasia. In other situations, Ken might  back away from interactions because he’s afraid to change the flow of the conversation, but at UMAP he doesn’t have to worry about it. It is comfortable for Ken to talk with someone who understands aphasia. Lysle has enjoyed connecting with the spouses and caregivers of other clients as well.

“They work really hard here, but they’re committed to it and they get a lot of encouragement” Lysle shared about the clients’ experience at UMAP.

Lysle and Ken think it’s the little differences about UMAP that made the experience great. They enjoyed that therapy is a combination of individual, group, and computer therapy. They also liked socializing at lunch with the other clients and the fact that people are called clients rather than patients. The individualization of the program made for Ken’s great success. His speech-language pathologistsat UMAP  gathered words that Ken used in his occupation and made them a priority, since Ken works on the phone so much. Lysle said she liked that they “care enough to do that” and that “It’s not a cookie cutter program.”

Lysle and Ken thought Ann Arbor was “an amazing gem of a place.” They were impressed by the university, all of the people, and the amenities. They especially loved the activities that Lisa Kraus had planned as part of the Social Recreation Activities program.

Before UMAP, Ken was complacent to just point or say the wrong word and not try to find the right one. But after attending UMAP, he has been doing more with his speech and can speak full sentences. The program has given him drive to continue and improve his speech. He’s now committed to communicate better and to not let others speak for him.

Ken has now attended UMAP twice and is back to traveling back and forth to Trinidad and Tobago on a regular basis.