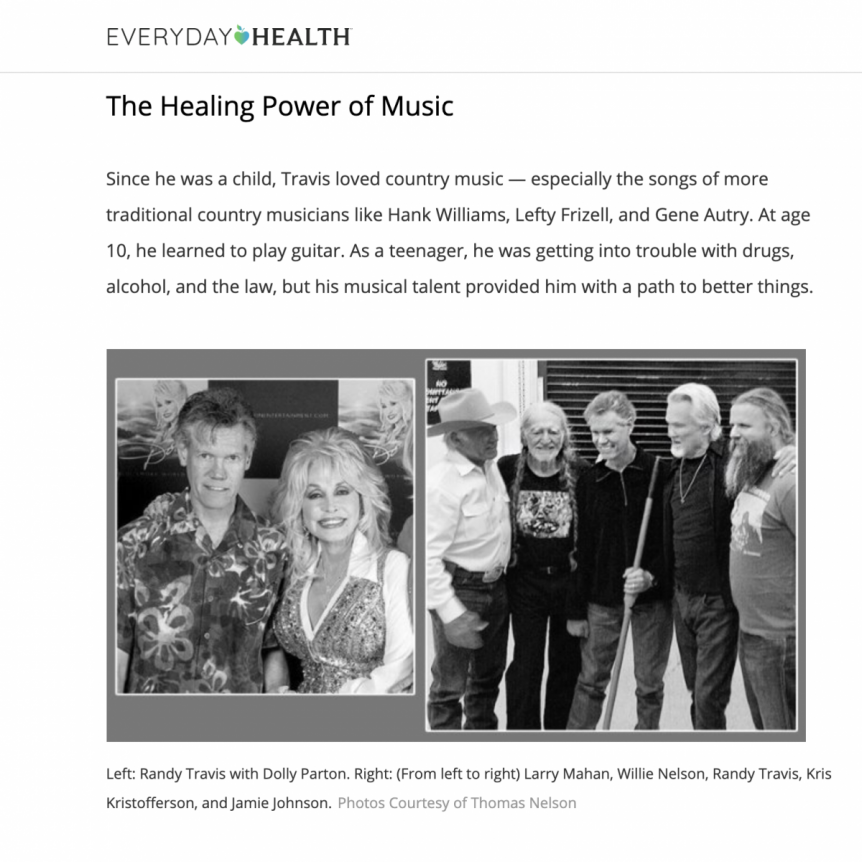 “The 54-year-old had a packed schedule with tour dates and an acting role in an upcoming TV pilot. But all of that was put on hold. Travis was admitted to Heart Hospital Baylor in Dallas, where he was treated for dilated cardiomyopathy (DCM) caused by a viral infection of the heart. With DCM, heart chambers enlarge and do not pump blood sufficiently.

At one point, his heart stopped completely and doctors rushed to put him on life support and into an induced coma, a procedure that can help protect the brain.

When he came out of that coma 48 hours later, physicians discovered that Travis had suffered a stroke, which had affected the entire central region of his left brain. Doctors suspected that a blood clot had formed in his heart and traveled to his brain, causing the trauma.”

The Healing Power of Music

The article goes on to share his stroke and aphasia recovery story — from near death to singing Amazing Grace. Within that, he notes the importance of music in helping him find his way. U-M Aphasia Program Director Dr. Carol Persad was quoted in regards to the important role music and singing can play in helping people with aphasia recover language. Sometimes a person might not be able to speak, but singing helps them tap into a different part of language processing. Music therapy is offered as part of the UMAP intensive comprehensive aphasia program.